Our high-resolution LED walls with state-of-the-art LED technology provide high-contrast images in virtually any resolution desired: be it Full-HD, 4K and higher, or in unconventional image resolutions. Even under difficult light conditions, where other projection systems are too dim or too low-contrast.

Due to the individual, small LED modules, our LED walls can be adapted to the architecture, indoors and outdoors. Even curved LED walls up to LED cylinders or LED cubes are possible. LED wall: areas of use & service

Be it 3D and VR content for the manufacturing and construction industry or for, e.g. industry designers, be it large-format advertising on façades or, for example, via LED cubes or LED walls for safety and monitoring: Our 360° service covers everything, from the planning via the selection of the suitable technology components to the implementation on-site. Example of an LED wall with Full-HD resolution 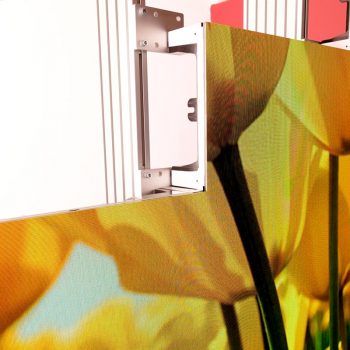 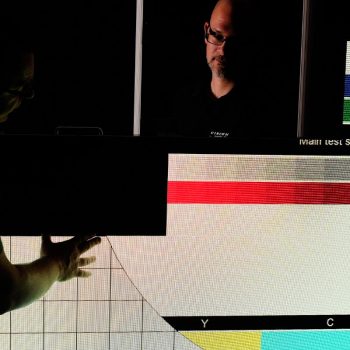 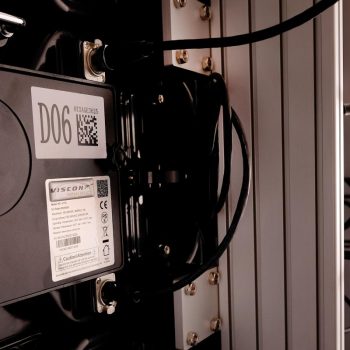 The cathode technology for LEDs allows for much higher resolutions and lower pixel distances than conventional anode technology. The result: exceptionally high-resolution, bright LED walls, also for the shortest of viewer distances, at concomitantly lower energy consumption, no or very low generation of heat, and a longer useful life of the LEDs. 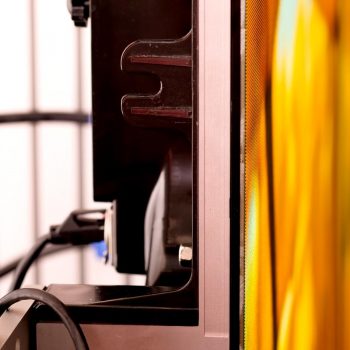 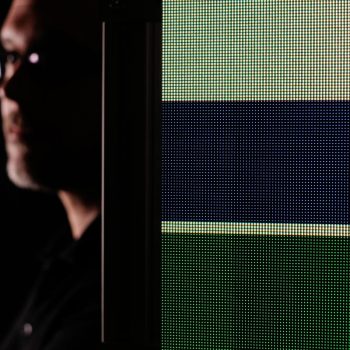 The determination of the most suitable wall size and of the necessary pixel distance is dependent on which content is to be shown with which amount of detail at which location, and how big the distance will be on-site between the viewer and the LED wall. Front and rear service: in our LED walls, it is possible, for example, to replace defective LED pixel cards from the front and/or from the back, depending on the model and manufacturer. The average useful life of the LEDs typically is 50,000 hours at up to 50 % of the brightness. LED module example: replacement from the front or the back 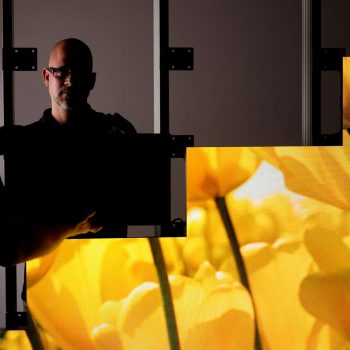 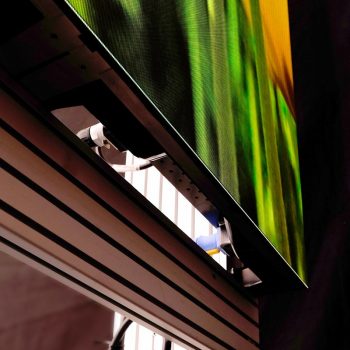 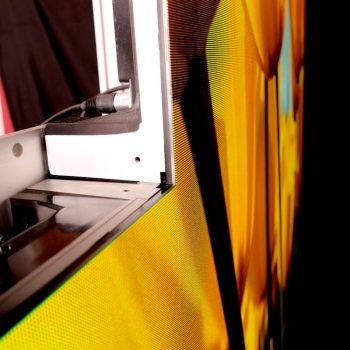 ► Our partner LEDCON has installed Europe’s currently largest video cube in the Veltins Arena of FC Schalke 04 – with our very own state-of-the-art LED display technology. Take a look: LED video cube at Schalke

► Interested in relaxing moving images? This video ran as a loop at the joint trade fair booth of Viscon and Publitec: